TomTom Traffic Index 2016 - The Results Are In! Mexico City Takes The Crown

Amsterdam, The Netherlands, 22 March 2016 TomTom today released the results of the TomTom Traffic Index 2016, the annual report detailing the cities around the world with the most traffic congestion. And the big news this year is that Istanbul has been knocked off the top spot by Mexico City. Drivers in the Mexican capital can expect to spend on average, 59% extra travel time stuck in traffic anytime of the day, and up to 103% in the evening peak periods versus a free flow, or uncongested, situation – adding-up to 219** hours of extra travel time per year.

[h3]Congestion Up, Globally[/h3]
Looking at TomTom’s historical data, it’s clear that traffic congestion is up by 13% globally since 2008. But, interestingly, there are shocking differences between continents. While North America’s traffic congestion has increased by 17%, Europe as has only increased by 2%. It could be suggested that this points to economic growth in North America, and Economic depression in the rest of Europe. This European figure could be heavily influenced by Southern European countries such as Italy (-7%) and Spain (-13%) where there has been a marked drop in traffic congestion in the past eight years.

Ralf-Peter Schaefer, VP TomTom Traffic, said: “The TomTom Traffic Index is released every year to help drivers, cities and transport planners to understand traffic congestion trends but, most importantly, how to improve congestion globally. We really want everybody to think about how they can lower the amount of time they waste in traffic every day – and to realise that we all need to play a part. If even just five per cent of us changed our travel plans, we’d improve travel times on our major highways by up to thirty per cent***. Collectively, we can all work together to beat traffic congestion.”

People can find out more about the TomTom Traffic Index, and discover where their home city ranks at www.tomtom.com/trafficindex. There’s also helpful advice on beating traffic congestion, as well as independent analysis. And, for the first time, a selection of ‘Profile Cities’ provide insight into what they are doing to improve mobility. 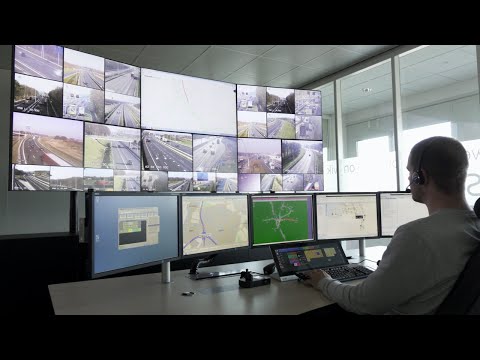